Comments Off on Norway & Roof Rat Facts In Las Vegas, NV & How To Prevent These Disease Carrying Rodents

Rats are one of the most disgusting rodents that humans will ever come into contact with. Many Southern Nevada residents are unaware that rats are anywhere close by, the desert is rarely thought of as a comfortable place for rats to reside in. Most residents have their thoughts set on deadly spiders, reptiles and scorpions rather than rats running around. Unfortunately, rats have become quite a nuisance throughout Southern Nevada and many homeowners find themselves in a bit of shock when they are faced with the fact that their home is infested with rats. 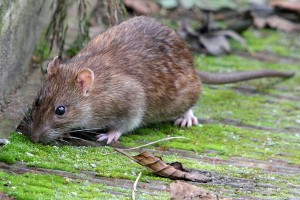 The Norway rat is an aggressive rodent that is more likely to invade structures than other rodent species. One of the more intimidating characteristics of the Norway rat is its size. The Norway rat can weigh up to a full pound and grow to be 18 inches in length. If the thought of a rodent that is a foot and a half long crawling around your home doesn’t disturb you then you are crazy. The Norway rat tends to thrive on unsanitary conditions and is an opportunist scavenger. Take the time to make sure that your garbage bins are tightly secured, especially when they are at their fullest on trash night. Unsanitary conditions will attract these rodents into your home, so properly clean up after dinner, take garbage out when it is full and vacuum regularly. Take all the proper precautions to keep your home clean and keep Norway rats from setting your home as their next target. 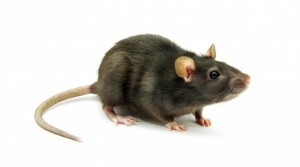 While the roof rat is not as large as the Norway rat, only measuring about 10 inches in length and about half a pound in weight, it has become more of a nuisance than the Norway rat due to its sheer numbers throughout the valley. Roof rats can reproduce at an extremely rapid rate, becoming sexually active within 2 to 3 months of being born. Roof rats are also capable of producing 4 to 6 litters per year with an average of 8 pups a litter. If roof rats successfully gain access into your home, you could have a healthy infestation on your hands in no time. Roof rats are dangerous because they produce large amounts of fecal pellets, urine and hair which are all capable of soiling and contaminating large areas. Roof rats are responsible for spreading dangerous diseases like the plague, typhus, salmonella, rat bite fever, and other serious illnesses.

« The Cost of Having Bed Bugs